From Verkhovyna to Shybene, from where the shortest ascent to Mount Pip Ivan begins, a fabulous scenic road between the mountain river and the rocks leads there. This is the first thing that impresses the guests who go to the Observatory. However, there are still many unforgettable and exciting experiences awaiting for you.

Usually, at first the visitors of the "White Elephant" get to Verkhovyna - the heart of Hutsulshchyna. Until 1962 the settlement had a completely different name Zhabie. 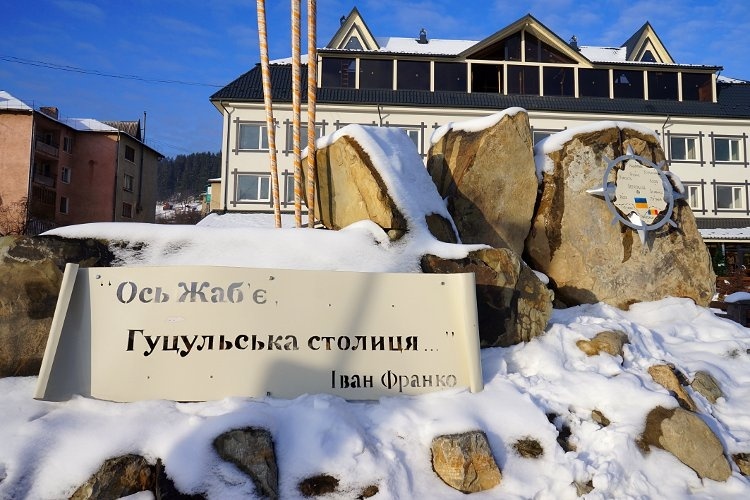 The first written mentioning of Zhabie dates back to 1424, when the village together with the monastery on the river Rybnitsa was transferred by the Lithuanian prince Svidrigail as a gift to the local rich man, Vlad Dragosymovych. There is a legend that the first settler in the valley of Black Cheremosh was the Frog, from which the former Zhabie was called. According to another version here in the marshy valley of the river there were a lot of frogs, from where the name of the settlement went. In ancient times, the village was divided into two parts: Zhabie-Iltsi and Zhabie-Slupiika and a lot of settlements - Krasnyi Lug, Kryvopole, Volova, Khodak, Vipche, Zamagura. At different times Bystrets, Dzembronia, Topilche, Zelene, Yavirnyk, Burkut villages belonged to the Zhabie Region. You should go near these villages over the Black Cheremosh then road runs to Shybeny, from which you may go to Pip Ivan. 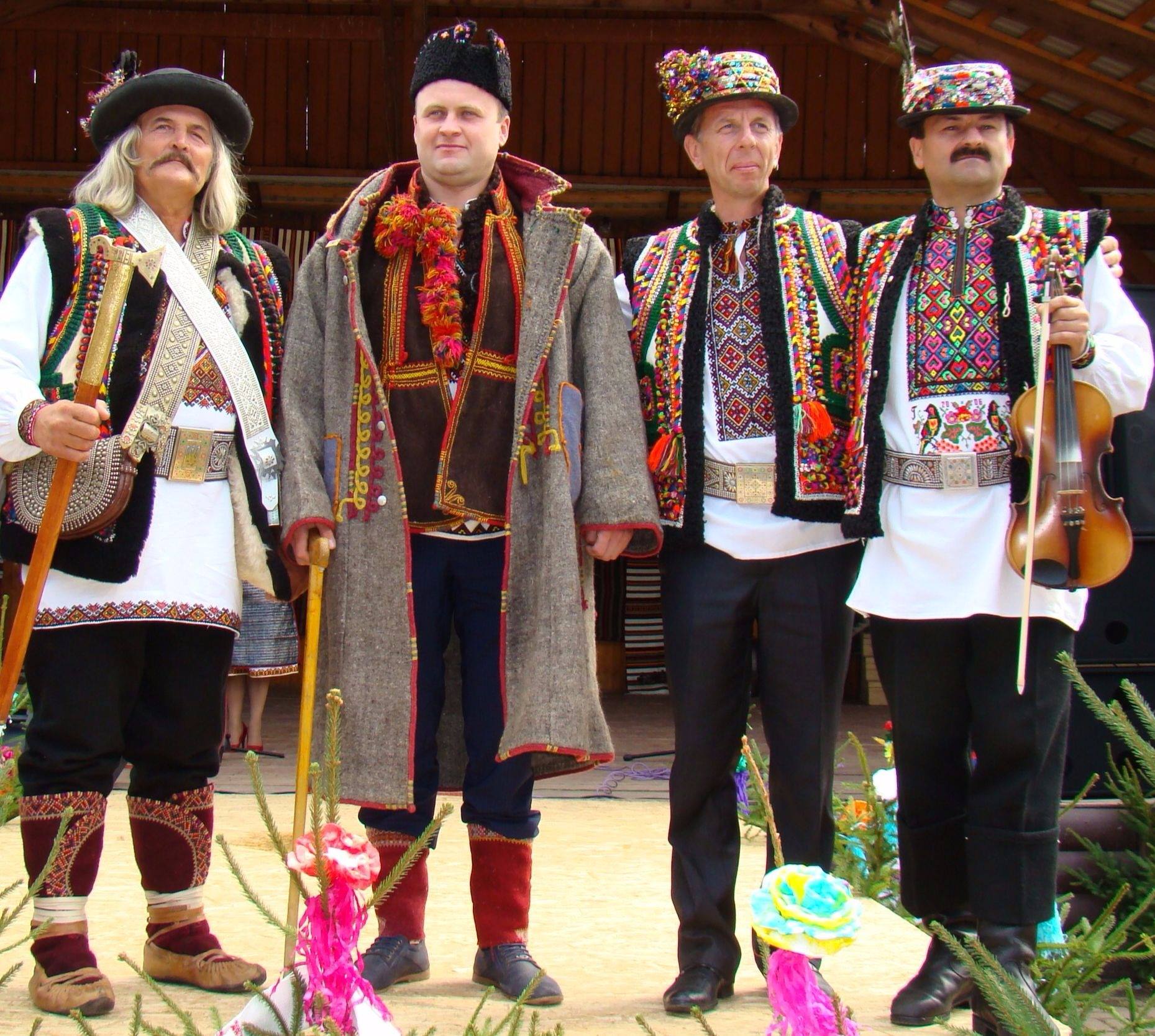 Verkhovyna is the Soviet name of Zhabie, to which the local inhabitants very quickly became fully accustomed, because the word highlands is widely used concept for the mountain inhabitants. So the Carpathians are called the most uplanded area. The village fully justifies its name, because only its low part is located at an altitude of 620-640 meters above sea level, and most of it are much higher. The highest elevation of Verkhovyna is located on a high pass at an altitude of 1250 meters and is perhaps the highest mountain settlement in Ukraine. 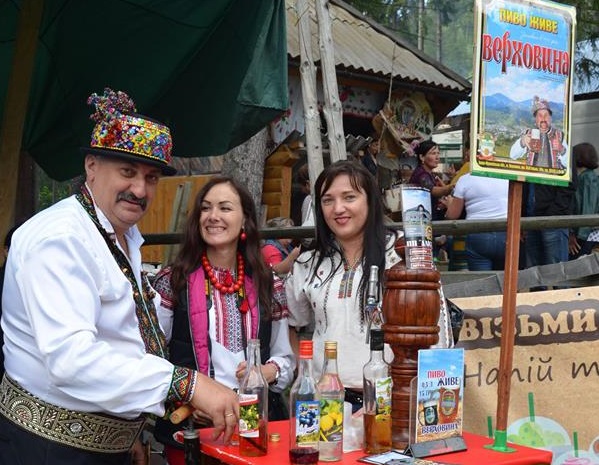 From Verkhovyna the road begins and goes through Iltsi - a village located at the crossroads of two motorways to Transcarpathia and Romania. Next it is a picturesque and unforgettable Krasnyk. The name of the village speaks for itself and absolutely corresponds to the fierce beauty of this locality. Here there is the Black Cheremosh River, which is formed between two mountain ridges - Krinta and Kostrich, and breaks through the natural stone gate. This place was one of the most dangerous narrow place for the men, who floated wood along the river with rafts. Now this place is used for extreme competitions in kayaks and catamarans. Many tourists admire such a popular leasure time occupation as rafting.

Then the road leads by Bystrets. A high-water river Bystrets flows through the village with pure spring water, which gave it a name. In this village there was an estate in which the famous Polish writer S. Vincentz, author of the epic tetralogy about Hutsulshchyna "On a high mountain valley" with his family lived. From the next village Dzembron the most interesting complex mountain trails begin on the Chornohora ridge and from there to Pip Ivan. The road separates to the right there is the village of Vuhaty Kamen and straight to Smotrych. People usually rise to Pip Ivan through Vuhaty Kamen, and descend through Smotrych. 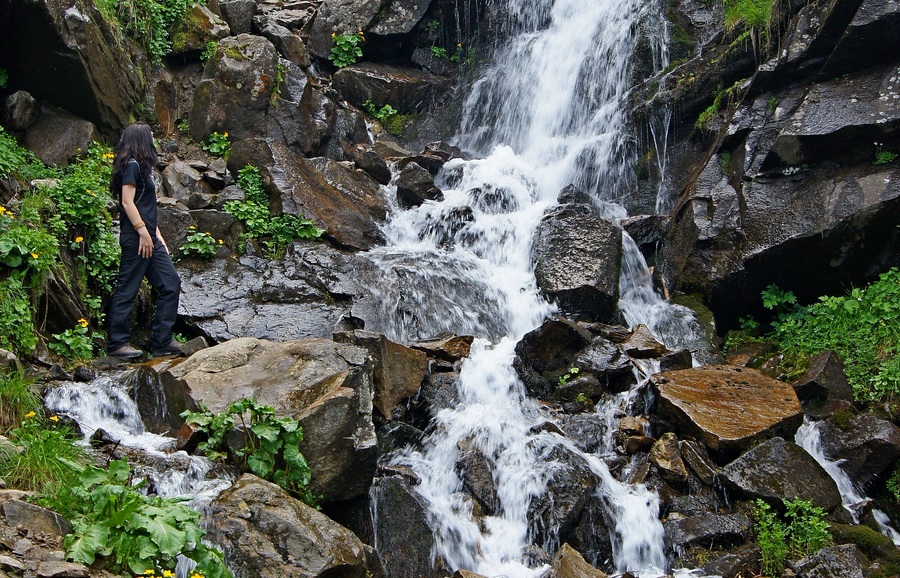 In the mountain forests of Dzembron in the past, there were bisons, which gave the name of the village. But if you go further down to the very foot of Pip Ivan, you can see another picturesque Hutsul village of Zelene. It has the largest territory in Verkhovyna district.

In the village of Shybene which belongs to Zelene village council, there is a border, from which along the slopes of the Rus Doly and the hills of Rogy road goes to Romania. Having risen this way you can reach the border.

In 1936, Pip Ivan was situated on the border with Czechoslovakia. From March 1939 there was a border between Hungary and Poland, and from September 17, 1939 - between the USSR and Hungary. In 1945, with the accession of Transcarpathia, the border moved further, however, this area is still considered a border zone, because in a few kilometers there is a modern border with Romania. So tourists should be prepared to meet with border guards. Therefore, you must have documents.

And here is the foot of the mountain. It is on this road that residents of the surrounding villages in the 1920's using hutsul horses brought building materials and participated in the construction of a stone house and a round tower of the Astronomical Observatory.

Climbing, which lasts three-four hours, for beginners usually starts cheerfully and fun. But after several dozens of meters the conversations become quite and only a loud breath is heard ... At this place the begginers loose their spirit and the question arises: is it far to go to the Observatory?! ... The saving grace for everyone is the opportunity to stop after several hundred meters of hard climbing at a small chapel in the forest over the road.

During the years of the restoration of the observatory, the participants of this historic Ukrainian-Polish project obtained their traditions. Stop at the chapel is one of them. Everyone here commemorates all like-minded people, whose path to the second discovery of the White Elephant was interrupted by premature death. In particular, the friends of Ukraine who died in the crash of the plane of President Lech Kaczynski near Smolensk. They usually pray in two languages near the chapel, and then again go up.

Because ahead of them is the most difficult part of the climbing, which leads to one of the most beautiful areas of the Ukrainian Carpathians - the polonyna Vesnarka.

In polonyna, shepherds are traditionally tending to cattle. There is a cheese factory where you can buy cheese, a source next to it and a tourist shelter. 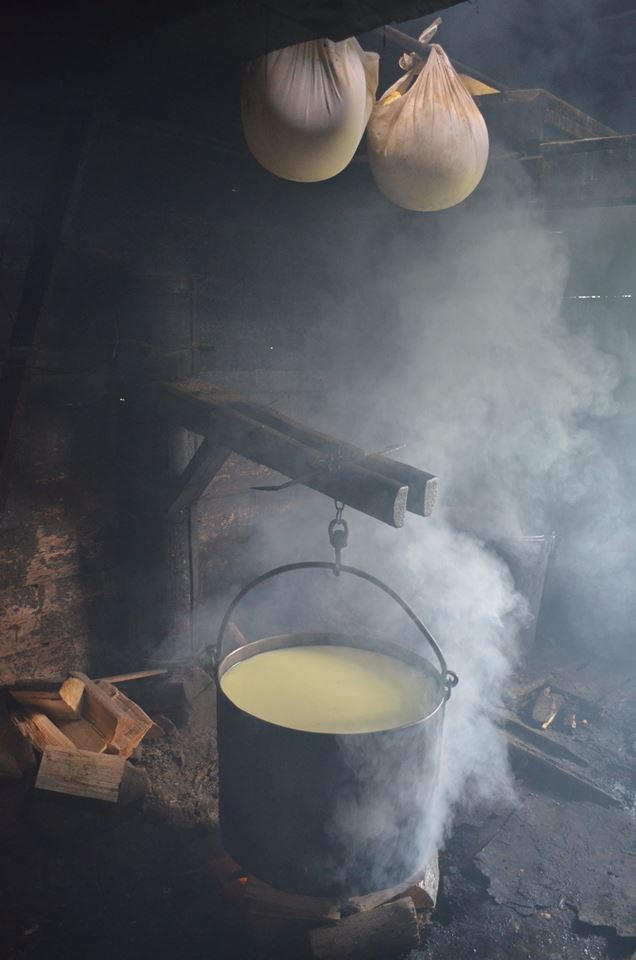 Polonyna is about the one third of the path to the top. From it to the top there is an alluring path through the forest. This part of the road through the thicket is light and pleasant, and in addition, it is distinguished by one of the mysteries of Pip Ivan - the lake of the glacial origin named Maricheyka. It is also called "Heavenly eye of the Carpathians". 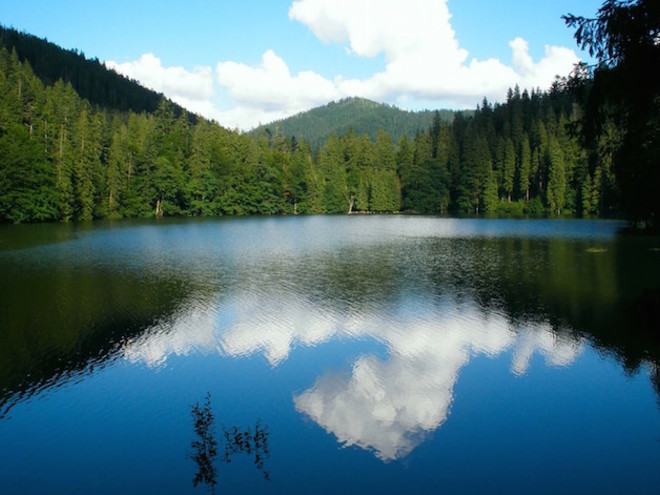 It is enough to glance only once, and the incredible picture of the black mirrored surface of one of the largest mountain lakes (almost 7 square kilometers) forever remains in your heart. According to another tradition of rebuilders of the International Scientific Center "Observatory" on the way back, the most desperate expedition members always bath in the ice-water. They say swimming in the Maricheyka Lake brings health and tremendous success.

According to legend, the lake formed from the tears of Ivan, a shepperd, whose truelove was killed by enemies. The girl went to the mountains to her beloved , when she saw how the village was approached by the enemies. The brave hutsulca persuaded the boy to rush to his relatives and warn them about the mortal danger. She herself decided to distruct the enemies, bringing their troops to the other side. Thanks to Marichka, the peasants managed to escape, but the girl herself died. This legend has one more ending: from the brutal murder of an innocent girl the mountains shook, the sky was lighted up by lightenings, stone blocks fell on the heads of enemies, creating a great abyss. For several days there was a continuous downpour, so those who survived under rocks, drowned in a deep water reservoir, which was formed at the place of tragedy. Since then the lake began to be called Maricheyka, and the forest that grows around it - the Maiden.

However, despite the sad legend, Marichichka always attracts a lot of tourists with its beauty. People come here to admire the bizarre lake, have a nice time surrounded by mountain landscapes, relax and even confess in love.

The last third of a thorny path is a highway spiral. And unlike the road to Pip Ivan, throuh the Black Mountains ridge only at the end of a thorny and difficult path, literally on the last dozens of meters will open a miracle in the form of the "Hutsul Pyramid." The view of which catches the breath and permanently engraves in your memory. 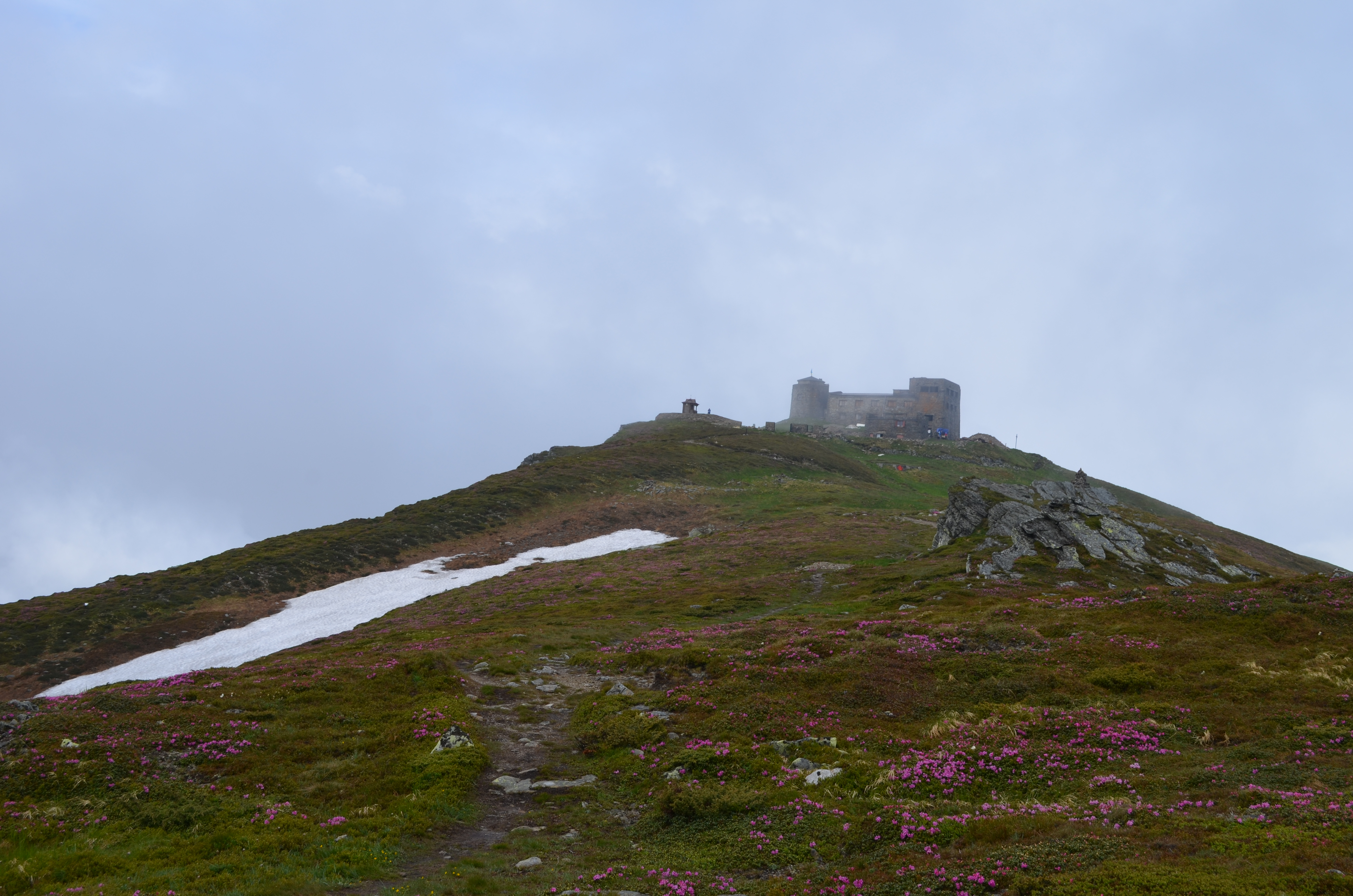